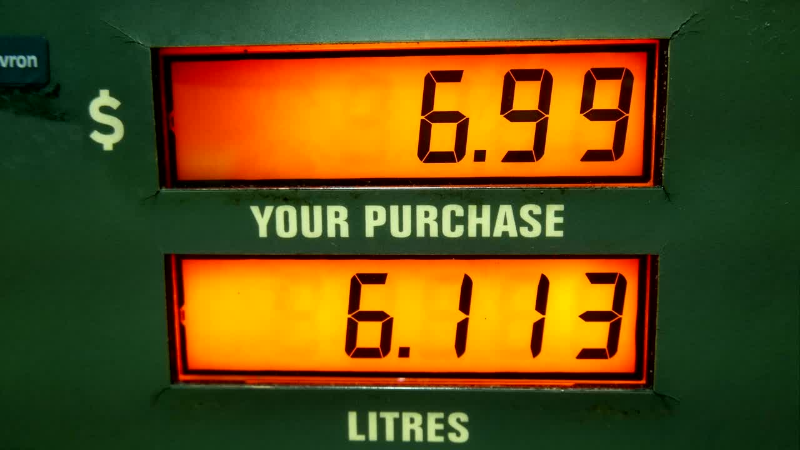 Gas prices are spiraling through the roof like never seen before. People often point to specific years that gas was so cheap, in an effort to blame politicians, Big Oil, or whomever else is the flavor of the day. Indeed, a gallon of gas was going for only a quarter of a dollar in the years after World War I, and even less than that before and after World War II.

But the key fact that’s missing from all the ranting and raving is the rate of inflation. The simple definition of inflation according to Wikipedia is: “A rise in the general level of prices of goods and services in an economy over a period of time.” Keep in mind, that at the end of World War I, the average annual income was only $1,500. Currently, the annual income is around $50,000.

For this exercise, I plotted various sets of data in graphs — sometimes combined — based on information compiled by the U.S. Department of Energy’s (DOE) statistical office, the Energy Information Administration (EIA).

The purpose of this two-part segment is to provide a clearer understanding of how much the price of gas has actually gone up relative to a family’s budget and other household costs, and most importantly, during what time frame.

The next chart plots the course of the Consumer Price Index along the same timeline as annual gas prices adjusted for inflation. What you see — for the most part — is that from the early 70′s until the late 90′s and early 2000′s the price of gas actually dropped relative to the rising CPI.

The drastic spike in gas prices in the most recent decade, along with only a moderate rise in the CPI — is the real story, which we will get into in the next set of charts in Part II.

The next chart merges the first and third charts, showing the CPI, nominal gas prices and inflation-adjusted gas prices in 2012 U.S. Dollars.

Just for the fun of it, another interesting way to look at it is from the standpoint of 1919 U.S. Dollars. For this, I calculated the value of 1919 dollars versus subsequent years and then plotted the price of gas accordingly, as if the CPI never changed.

The chart below shows how much Americans were paying for gas if there was no inflation since 1919.

In Part II of this segment, we will zoom in to take a closer look at the ballooning of gas prices in the last decade and examine how much more it has spiked than the rise in the CPI during the same time period.