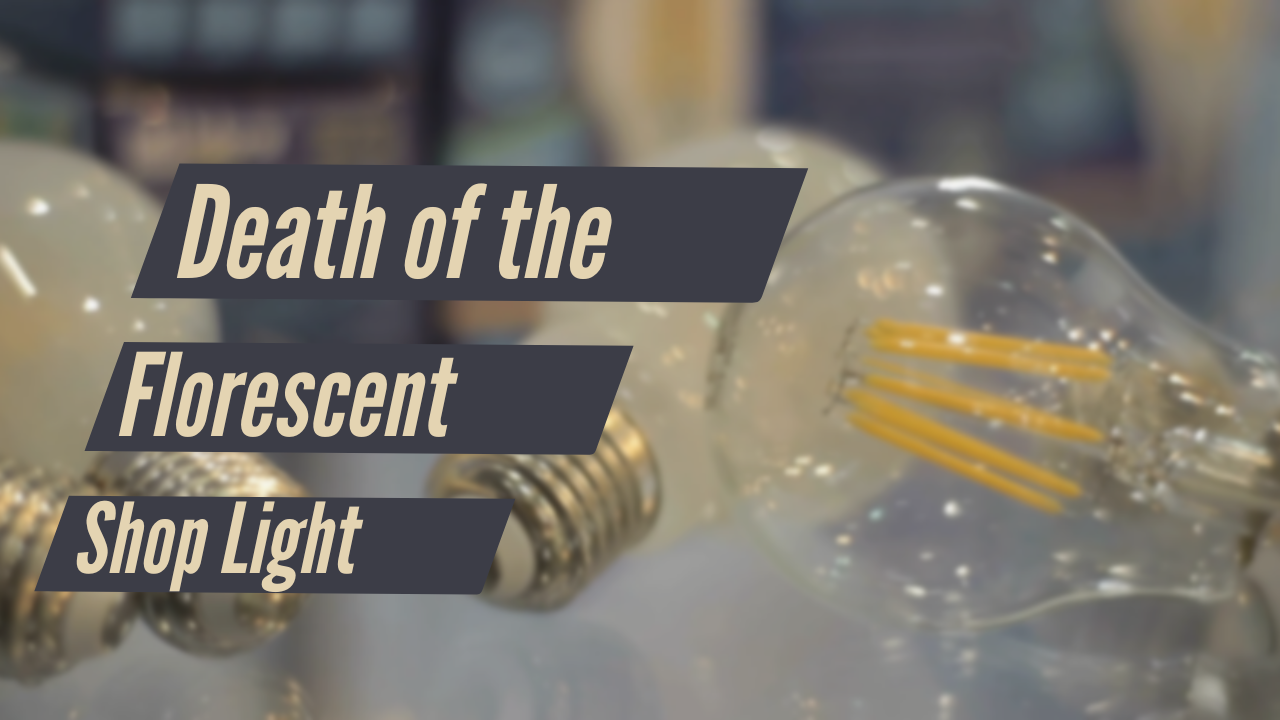 I’ve recently discovered the reasonably priced LED shop light. “Big whoop” you may be thinking. It’s a bigger whoop than many realize, especially for me. Just for the fun of it, I measured the current draw of one of my old shop lights and one of the new LED versions. LED lights use 66% less energy.

This won’t make a meaningful, or possibly even a measurable difference in my electric bill but to put this into perspective, if you could achieve that level of efficiency improvement for all lighting in the country, from a CO2 emission perspective, it would be roughly equivalent to replacing about 7% of our fossil fuel power plants with renewable green lower CO2 emitting electrical energy sources, without having to build a single nuclear, wind, hydro, or solar power plant.

That’s more than today’s total for wind and solar combined. Put yet another way, that is equivalent to about 1,000 utility scale wind projects (48,000 wind turbines), or about 36 nuclear power plants. But before you toss back that shot of whiskey in celebration, understand that the 66% reduction I achieved with my shop lights would not apply to all lighting across the country.

Just last year the Nobel Prize was awarded to the three Japanese scientists responsible for creating the version of diodes that is used for lighting today.

The only downsides of note I found (and I’m sure there are more) are the fact that insects are more attracted to diode lights and that they don’t generate enough heat to melt the snow when used as traffic lights (easily resolved by not using diodes).

The insect problem appears to be potentially serious because insects are the key to nature’s food webs and I would hope that laws could be made to minimize their use outdoors where that is a concern.

Sigh …always the downsides. I recently read a book written by a retired Everglades wildlife ranger. Towards the end of the book he noted how much has changed. He recalled how the proprietors of the fishing camps had to use push brooms to clean the piles of insects off the sidewalks under the porch lights every morning.

Now, you may see a single moth or two flittering around those lights (mosquitoes are not attracted to lights). I recall as a child, the big outdoor light at my uncle’s farm attracting a riot of insects and bats every summer night. The Luna moths were my favorite. That farm, and the area around it, has since become a well-groomed, insect free, grassy place filled with second homes. 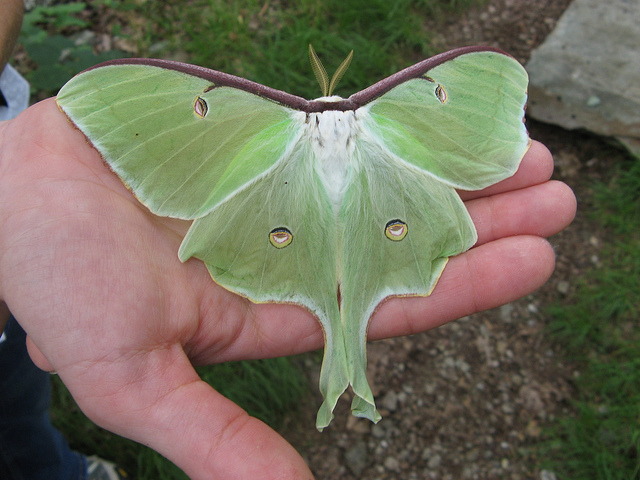 The shop light story begins in my man-cave (these used to be called workshops, or garages). A typical man-cave is unfinished, unheated (or barely heated), poorly lighted, with a concrete floor, oh, and with lots of spiders around …all necessary evils to limit female encroachment. It takes twenty four, four-foot long, 40-watt fluorescent tubes to light this space.

At any given time, a third of them were either dark, or flickering. In a corner sat dozens of burned out bulbs waiting to be taken to a hazardous waste disposal site. I have managed to break these bulbs uncounted times with an errant 2 x 4 or whatever, having the glass and mercury sprinkle down on my head. I hated these lights but could never come up with a better alternative until about a month ago.

A few times a year I would do a Google search for reasonably priced LED alternatives, but always came up short. On my latest attempt I discovered these lights for $59.99 at Home Depot and immediately bought twelve of them. The price, of course, has since dropped to $49.99. Always watch for when I buy a new piece of technology, be it a digital camera, an electric car, or LED shop lights because very shortly afterwards, the prices of those objects will plummet.

I looked up an equivalent conventional shop light at Home Depot that goes for $19.99 without bulbs. Screw the cost difference. I won’t have to replace a fluorescent tube, or any shop light for the rest of my life. And if I put a price on my labor and cuss words, these LEDs are a financial bargain as well.

The standard shop light design has been around for many decades and consists of a relatively heavy sheet metal (steel) reflector with the heavy ballast also contained in a sheet metal enclosure, all hanging by chains and hooks.

The design I chose is made entirely of plastic and weighs about as much as my coffee cup. Instead of chains, it comes with a cable that connects neatly to the light in a slot, with a loop on the other end for a hook on the rafters. It can also be mounted flush to the rafters without any cables or chains. I’m impressed that some creative engineer finally got around to improving the shop light. Now for the mousetrap.

The death of the curly bulb (CFL compact florescent light)

As a home owner, I’ve always also cursed the incandescent light bulb. It seemed like I was on a ladder or chair every other week or so, replacing another damned bulb. Many years ago, Seattle distributed free of charge, those newfangled curly bulbs to try out. The idea was to reduce energy use to avoid building more power plants. I threw mine away after trying it for a few weeks. It started out very dim, took too long to warm up, and had a strange color.

The government effort to accelerate acceptance of this new technology backfired. I was soured on those bulbs for longer than I should have been. Eventually, you could buy any number of white color variations and the warm up period was greatly reduced. Once I discovered that, I quickly replaced all of my incandescent bulbs simply because the curly bulbs lasted far longer. As with my shop lights, saving money or the planet had little to do with it.

Lo and behold, earlier this year Seattle sent me, free of charge, an LED bulb to try out. I was skeptical but replaced the next burnt out curly bulb with it and have been very pleased with the results. I’m done buying, and most importantly, replacing curly bulbs, or any bulb for that matter. I’m certainly not an expert on LED lighting, and I’m sure there are better products out there than these few I’ve recently stumbled on. I’m just very pleased with my new shop lights and wanted to share. It’s a glorious new age ; )

To transform global energy generation away from fossil fuels, we will need many more technological + economical leaps like LED lighting. The LED is an example of what the Google engineering team meant when it concluded that we need better technology; today’s renewable and nuclear technologies combined won’t cut the mustard. I used the data from the 2015 BP Statistical Review to create the following charts in an attempt to put the scale of the challenge into perspective. 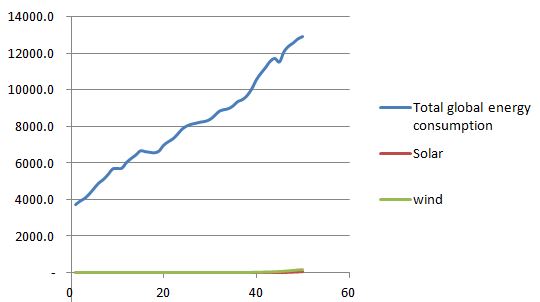 The top curve represents the sum of the four main low carbon sources of global electricity as a percent of total electricity consumption. Note that the sum of those four low carbon sources is less today than it was thirty years ago. No progress has been made. In fact, we’ve been losing ground for the last twenty years. Can you spot the reason why?